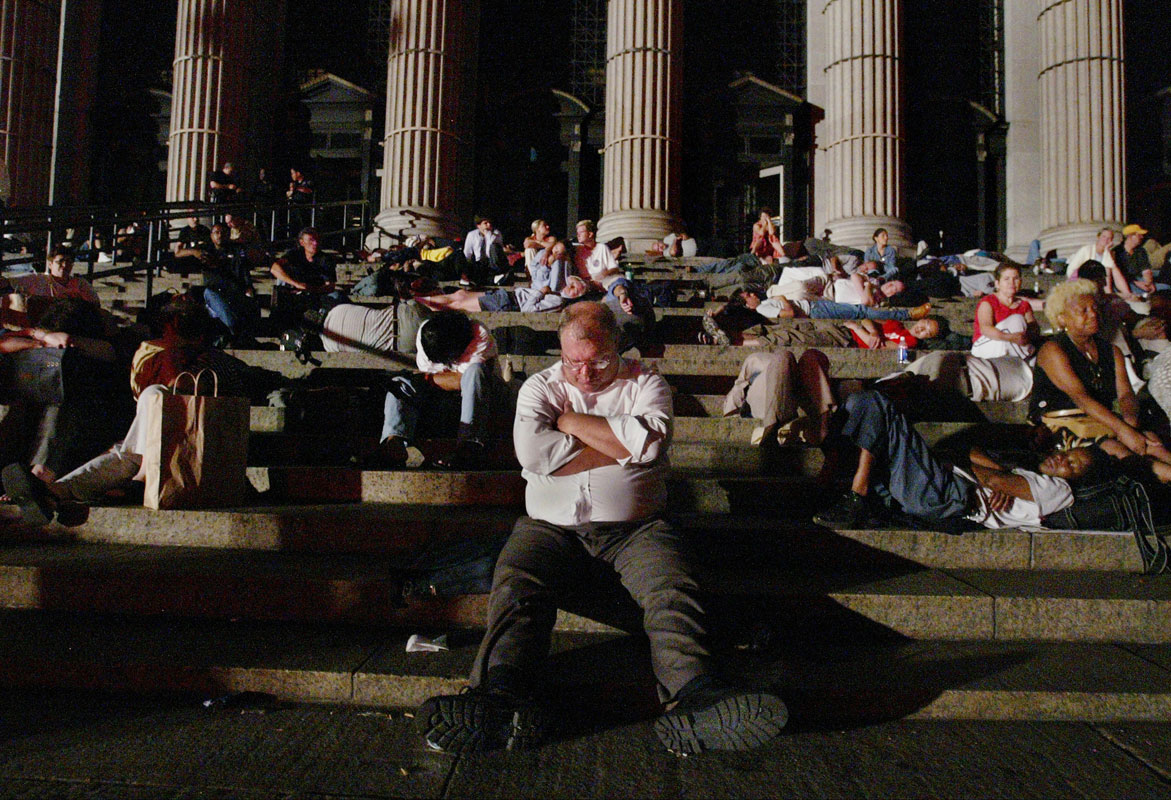 
Commuters sleep on the steps of the James Farley Post Office on Eighth Avenue in New York City during the early hours of Friday, August 15, 2003, after being stranded because of a massive electrical blackout. The blackout affected everything from trains to mobile phones and occurred across much of northeastern United States and Canada.